Do People go to Heaven when they die?

Nearly every funeral sermon that is preached today claims that the “deceased” is now up in heaven. The notion is based on 2,000 years of tradition. But how accurate is that tradition?

The word soul is derived from the Hebrew nephesh. Here is how nephesh is defined in the Bible by usage: “self, life, creature, person, appetite, mind, heart, body, living being, desire, emotion, passion, the breathing creature, the inner, living being of man (with life in the blood), seat of the appetite, seat of emotions and passions, activity of the will, activity of the character.” These are all synonyms for the biblical concept of soul.

None of these uses of nephesh describes a separate, misty, immortal part of man that wafts away at death. It simply expresses “being” in various ways.

“Soul” even applies to animals, all flesh-and-blood creatures. In fact, it predates man. Nephesh, or soul, is used of lower life forms prior to ever being used for man in the Bible. Read Genesis 1:20 where nephesh is rendered, “moving creature with life,” verse 21: “living creature,” and verses 24-25: “beast,” meaning all varieties of animals, including reptiles and sea animals. See Genesis 2:19.

How can a separate part of us called a soul waft off to heaven at death, when we ourselves are a soul? The news reported an explosion and said three souls died. (Apparently, they didn’t go to heaven!) Actually, these were simply people who died, referred to as “souls” even in today’s vernacular.

If the soul of man is immortal, then by the definition of nephesh, animals must also be immortal.

When the second angel pours out his vial on the sea, Revelation 16:3 says all the souls in the sea will die. Should we assume that immortal souls of people will be living in the sea? That’s absurd! Soul here means creatures that live in the sea.

In Numbers 19:20 we read of the unclean man who doesn’t purify himself.  That soul (that person, that individual) “will be cut off from the congregation.” In verse 22 we read that the soul that touches anything unclean will be unclean till dark. Imagine an immortal soul being banished from an assembly, or a soul that has become unclean till sundown!  Obviously, soul speaks of the person, not an immortal, ethereal vapor.

If souls are immortal, then they don’t die, and it’s either the immortal soul doctrine or the Bible that is not telling the truth. Ezekiel 18:4 reads, “The soul that sinneth, it shall die.” The same word nephesh or soul is rendered “dead body” in Numbers 9:6, 7, and 10.

In John 11 Mary and Martha summon Yahshua because their brother Lazarus had died four days previous. Popular teaching would aver that Lazarus had an immortal soul that wafted away to heaven. But Yahshua commanded, “Lazarus come forth,” not “Lazarus come down here and get back into your body.”

Paul tells us that when Yahshua returns He’s going to call the living and the dead from the earth, not heaven. He wrote in 1Thessalonians 4:15-17: “For this we say unto you by the word of Yahweh, that we which are alive and remain unto the coming of the Master shall not prevent them which are asleep. For the Master himself shall descend from heaven with a shout, with the voice of the archangel, and with the trump of Elohim: and the dead in Messiah shall rise first: Then we which are alive and remain shall be caught up together with them in the clouds, to meet the Master in the air: and so shall we ever be with the Master.” 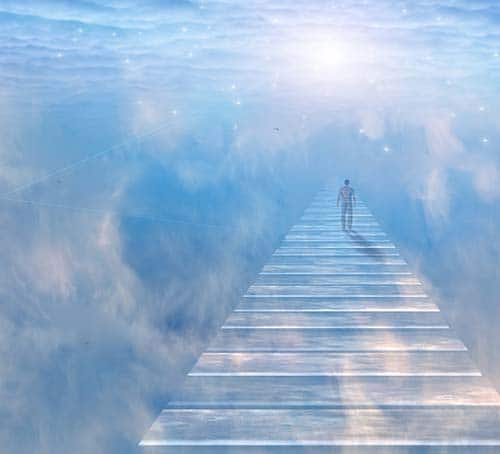 Here Paul calls death a sleep. The dead here “rise.” Nowhere do the dead ever descend from heaven. Yahshua descended from heaven, but we do not.

What about when Cain killed Abel? Yahweh said the voice of Abel cried out to me from the ground (Gen. 4:9-10). Yahweh didn’t say to Cain, “Your brother is up here in heaven with Me, and you should not have murdered him.”

Paul in 1Timothy 6:16 said the Father Yahweh is the only one with immortality. We don’t have it naturally within us. If we at some point are granted immortality it is only because He gives it to us, just as He gave it to Yahshua. But that doesn’t happen until Yahshua returns and initiates the resurrection.

Ecclesiastes 3:19-21 shows us the universal nature of physical life: “For that which befalleth the sons of men befalleth beasts; even one thing befalleth them: as the one dieth, so dieth the other; yea, they have all one breath; so that a man hath no preeminence above a beast: for all is vanity. All go unto one place; all are of the dust, and all turn to dust again. Who knoweth the spirit [the breath of life] of man that goeth upward, and the spirit of the beast that goeth downward to the earth?”

Watch: “Were You Born Immortal?” below.

What about the transfiguration when Moses and Elijah appeared and were speaking with Messiah?

That was a vision representing the law and the prophets. Hebrews 11 makes it clear that they have not yet received the promise.

Scholar of the Bible

YRM
Author
Reply to  Scholar of the Bible

Can you provide any sort of argument? What exactly is false about this teaching?

What about the great cloud of widenesses cheering us on from heaven?

Revelation 14:11 And the smoke of their torment ascendeth up for ever and ever: and they have no rest day nor night, who worship the beast and his image, and whosoever receiveth the mark of his name.

Isa 34:10-15 It will not be quenched night or day; its smoke will rise forever. From generation to generation it will lie desolate; no one will ever pass through it again.The desert owl and screech owl will possess it; the great owl and the raven will nest there. Elohim will stretch out over Edom the measuring line of chaos and the plumb line of desolation.Desert creatures will meet with hyenas, and wild goats will bleat to each other; there the night creatures will also lie down and find for themselves places of rest Notice in context: Edom smoke will rise… Read more »