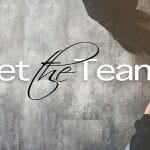 We are blessed to have such a great and dedicated team here at YRM. These folks are the main drive behind the day-to-day operations here at the ministry.

Alan Mansager has been in this movement for over 50 years. His first Feast of Tabernacles was in 1968. He has been a minister for over 30 years and has helped start multiple ministries. He founded YRM in 1999 starting in his house with the help of Randy and Ryan. His passion is Journalism and writing and has a Bachelor of Journalism degree from the University of Kansas. He has worked in newspaper and radio but his real love is using his gifts for Yahweh. He has been a Television host for 30 years. He started the Discover the Truth TV program which was seen nationally on Superstation WGN, TBN, CW and SkyAngel amongst others. He has been happily married to his wife Margie since 1975 and has two children Ryan and Jennifer.

Randy has a passion for scripture and teaching. He holds a Bachelor’s degree in Computer Information Systems from Columbia College and has credentials in Project Management, which he loves not only doing but teaching. Randy helped found YRM in 1999 and has written many articles and literature throughout the years. Randy was a Host on the Discover the Truth television program for several years which aired on Superstation WGN, TBN, The CW and SkyAngel amongst others. He is happily married to his wife Jennifer and they have two children.

Ryan has worked in broadcast television and media for over 26 years. He was employed in News and Production for CBS. He also has worked with CTN and JCTV. His major is in Broadcast Journalism. Ryan helped YRM from the beginning with video/media, graphic design, website, publications, and now works full-time for the ministry. He enjoys Biblical Hebrew in his spare time, along with history and archaeology. Ryan helped found YRM in 1999. He has also been a part of the YRM worship team for over 15 years, playing drums and guitar. He is married to Jessica Mansager and they have 5 children.

Jason Sanchez
Worship Leader
Jason Sanchez is a multi-instrumentalist. He serves as YRM's worship leader. Jason graduated with an Associate of Arts for Music Theory and Musical history. Jason has a heart for worship and skillful performance for our congregation, and loves edifying the brethren through the talents the Father has given him.
Lucas Cecil
Social Media Dept.

Lucas has been with YRM since 2016 and has worked with various ministries across the state of Missouri. Lucas runs the online / social media side of the ministry. If you have ever left a comment on YouTube, Facebook or yrm.org you have likely gotten a response from Lucas. He enjoys spending time with his wife Abbie and his son Graeme. He also likes playing Music and studying his bible. Leave a comment sometime, He loves talking with Yahweh's people!

Are physical exercise and sports permitted on the Sabbath?

We do not believe that exercise and sports are permitted on the Sabbath.

The Sabbath is first and foremost a day of rest The word “Sabbath” comes from the Hebrew primitive root shabath and means, “..to repose, i.e. desist from exertion.” Since exercise and sports causes a person to exert themselves physically, this activity would violate the Sabbath command.

We find a secondary reason from Isaiah 58:13: “If thou turn away thy foot from the sabbath, from doing thy pleasure on my holy day; and call the sabbath a delight, the holy of  Yahweh, honourable; and shalt honour him, not doing thine own ways, nor finding thine own pleasure, nor speaking thine own words:” We believe doing our own pleasure prohibits activities such as exercise and sports, in addition to other worldly and personal activities that don’t focus on the Word. The Sabbath is a day not to focus on the mundane or the world, but on Yahweh’s Word.

For the above reasons we would caution against any activity that causes exertion or may be seen as our own pleasure apart from Yahweh’s Word.

What do you call yourselves? Do you identify with a specific faith or denomination? I share similar beliefs and have been referring to myself as a Messianic Jew, because I’m not sure what to call myself. However, I am finding that there are a lot of wrong beliefs within Messianic Judaism.

The Bible does not provide a specific denomination or label for New Testament believers. Many in this walk use the term “Messianic” to describe their beliefs, which refers to a believer in Messiah. While there’s nothing wrong with this label, it is very broad and carries with it many different beliefs. Many within the Messianics mix Christianity and Judaism together and believe this is the truth. The problem, though, is that both Christianity and Judaism have added their own man-made traditions and deviated from Scripture. For this reason, YRM does not identify itself with either. We simply say that we’re followers of Yahshua.

If you don’t care for “Messianic” as a label, there are a few other terms you might consider: the Way (based on Acts 9:2 and 24:14); inward or spiritual Jew (based on Romans 2:28-29); Israel, spiritual Israel, or Israel of Yahweh (Galatians 6:16), saint (Revelation 14:12), Nazarene (based on Acts 24:5); However, as you might find, there are certainly undesirable connotations with these terms. Historically, the followers of Yahshua were probably simply viewed as another form of Judaism, similarly to Pharisees, Sadducees, Essenes, etc. It’s also important to note that as the church grew, it deviates from its Jewish or Hebraic foundation to a more Greco-Roman philosophy to appease its growing gentile base.