Mix all of the above ingredients together and pour into a greased 9” x 13” cake pan.

Bake in a preheated 350 degree oven for 45 minutes.

Good cool, better hot! Tip: If you want to add spice to your life, add a small can of jalapenos, juice and all, or fresh jalapenos. 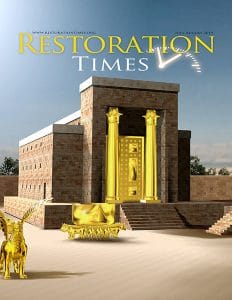 In this issue of the Restoration Times we cover the following topics:

•The Feasts: Fundamental to Salvation

•When We Compromise the Word

•You Could Be Called to the Priesthood!

•Your Acts of Obedience

•The Many Facets of Biblical Love 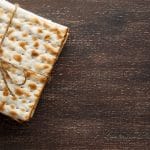 We warmly invite you to this year’s Passover and Feast of Unleavened Bread in Holts Summit from the evening of March 31 – April 8. There are still plenty of tent and RV sites available. These observances promise to be a blessing for all in attendance. We have scheduled several worship services, Bible workshops, and activities, including volleyball, bingo, board games, open gym time, and much more. For those unable to be here in person for the Passover and Feast, we will be broadcasting live the below services from yrm.org/live:

For additional information, including our Feast brochure, visit us online. 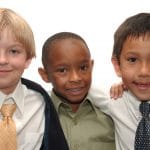 We ask that all members and visitors respect and follow YRM’s dress code, which is to ensure proper dress in the assembly, especially during times of worship. 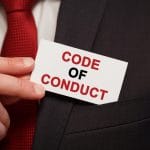 As per Matthew 18:15, should a conflict or difference arise between you and another person:

During the Feast of Unleavened Bread, Yahweh commands that no leavening be eaten or found on our premises, Exodus 12:19-20. Leavening is a substance used in doughs and batters that causes them to rise. Below are leavening agents and products found in a variety of foods that must be used up or removed by the Feast of Unleavened Bread along with a list of products often confused as leavening.

The below agents and products are often confused as leavening, but are not.

Why do you require ladies to wear a head covering during worship services and formal studies?

As the Bible states, all Scripture is profitable for instruction, including the New Testament. Knowing this, Paul in 1Corinthians 11:5-6 states that it is a dishonor for women to have their heads uncovered during times of prayer or worship: “But every woman that prayeth or prophesieth with her head uncovered dishonoureth her head: for that is even all one as if she were shaven. For if the woman be not covered, let her also be shorn: but if it be a shame for a woman to be shorn or shaven, let her be covered.”

The word “covered” in verse 6 comes from the Greek katakalupto and means, “…to cover wholly, i.e. veil,” Strong’s. The Brown-Drive-Briggs states, “…to veil or cover oneself .” Clearly, katakalupto here refers to a physical covering or veil.

Adam Clarke’s Commentary concurs: “The only difference marked by the apostle was, the man had his head uncovered, because he was the representative of Christ; the woman had hers covered, because she was placed by the order of God in a state of subjection to the man, and because it was a custom, both among the Greeks and Romans, and among the Jews an express law, that no woman should be seen abroad without a veil. This was, and is, a common custom through all the east, and none but public prostitutes go without veils. And if a woman should appear in public without a veil, she would dishonour her head-her husband. And she must appear like to those women who had their hair shorn off as the punishment of whoredom, or adultery.” Note, YRM does not believe Paul requires that women be veiled at all times, but only during times of prayer and worship.

Some argue this position and state that Paul confirms in verse 15 that long hair represents this covering. The problem with this interpretation is that the word for “covering” in verse 15 is from an entirely different word. This word comes from the Greek peribolaion and refers to “something thrown around one, i.e. a mantle, veil,” Strong’s. Paul here is not referring to an artificial covering, but to the hair that also acts as a natural covering to enhance beauty, unlike the covering found in verse 5, which represents a physical covering. The one does not negate the other. 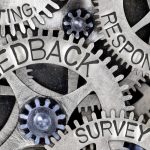 Please take a moment to complete this short survey. We appreciate your time and value your feedback.