A New Video on Bible Study Tips and Tools 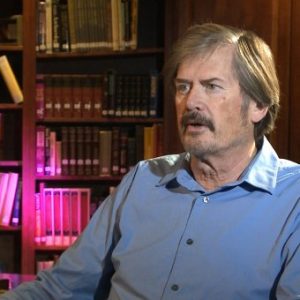 We just completed the first in a series of new instructional videos on effective Bible study, which includes helpful guides and resources. It is a quick overview on how to study the Scriptures, the tools available and the ways they work. In future recordings we will take in-depth looks at concordances, lexicons and study Bibles, how to use them, and what to be aware of and watch out for. Proper Bible study is key to enhanced understanding and retention of Yahweh’s Word. The vast majority of bogus doctrines results from poor study and application of the Word. The new video can be watched here>>

New Moon Watch
The new moon crescent should be visible November 27. You can report your sighting Here>>

BLAST FROM THE PAST
(As a new feature of the e-News, we are looking over our shoulders with articles from our previous newsletters, “The News of Yahweh’s Restoration.” It is eye-opening to look back at our humble beginnings through nostalgic reads from our formative years and see how we have been blessed. We pray you will find each one interesting and uplifting. We start with the one below, the year we became YRM.)

Computer Fund Begun
We at Yahweh’s Restoration Ministry have been stretching the widow’s mite to the snapping point in an effort to produce audio tapes, booklets, and newsletters. (We pay no salaries.) We did not anticipate having our only publishing computer go down for a while in April, forcing us to miss our deadline and combine issues of this newsletter. Clearly, the Ministry needs its own a computer, rather than rely on an aging machine belonging to a brother. Our goal is to raise $2,000 toward its purchase. If you can help us in ANY way, we would be very, very grateful. May Yahweh bless you!” (from the April-May 1999 issue)

TEST YOUR TUTELAGE
Tabernacle Travels
David successfully transferred the Ark of the Covenant to a position on Mount Zion, Jerusalem, where a custom Tabernacle was built for it. What became of the old Tabernacle of Moses, which was formerly at Shiloh?

A. It was destroyed in a fire.
B. It moved around, just as in the old days.
C. It was forgotten and abandoned.
D. It was captured by the Midianites.

The ministry of the Tabernacle and the Ark that operated at Shiloh under Eli and his very corrupt sons, closes with a prophecy that the ministry would be stripped from Eli’s house, 1Samuel 2. A series of political and social events brought the Ark to Jerusalem under David (2Sam. 6:17). But after the death of Eli and his sons, the Tabernacle ministry wound up at Nob (1Sam. 21). After Saul slew the priests at Nob, it moved to Gibeon. In fact, the priests at Nob were the keepers of Goliath’s sword (1Sam 21:9), and Gibeon is where Solomon later asked for wisdom (2Chr 1:3). By the time Solomon established the Temple at Jerusalem, there had been at least four legitimate sites for Tabernacle worship.