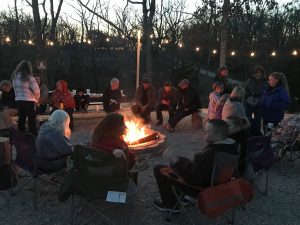 Yahweh’s Commanded Feast of Blessings
We had a wonderful and fulfilling Passover and Feast of Unleavened Bread at Holts Summit as brethren from all four U.S. borders and Europe joined us in obedience to Yahweh’s command, Leviticus 23:5-8. The week was filled with worship, learning, and entertainment. There were eye-opening messages, special musicians, youth classes and activities, Bible studies and three seminars, including two on learning basic Hebrew. We were also blessed with four baptisms. Those attending all seven days went away well-fed in every sense.

Feast of Weeks on the Horizon
Mark your calendar for the next of Yahweh’s Feasts, Pentecost, on May 12. Come for an inspiring two-day, double-Sabbath weekend. Lodging is available in our 27-room recreation center or commercially in town. 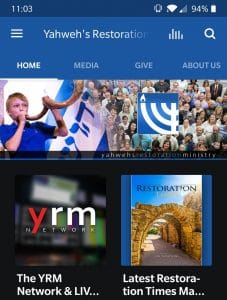 We seek to be cutting edge with digital outreach and we praise Yahweh that our mobile app continues its phenomenal success. Following is a breakdown to date of the numbers of those downloading the YRM app on various devices: Android – 14,896; Roku – 781; IOS – 240; Apple TV – 6. Total – 15,923. This is more than a ten-fold increase from three weeks ago. Views of some of our programs are into the millions. Yahweh is truly blessing this ministry and we praise Him for all who are joining hands to help us get the true biblical message to all the world before Yahshua returns.

What were they doing when the Jewish nation is first mentioned in the Bible?

Israel was originally a confederation of twelve tribes. After the death of Solomon the stern, harsh-speaking Rehoboam came to power. Ten northern tribes of Israel broke away in revolt while the southern tribes of Judah and Benjamin remained under the leadership of Judah, where Rehoboam remained King (1Kings 12:21). These became known as the “Jews.” A civil war for unification broke out, which was halted only at the command of Yahweh’s prophet (1Kings 12:22-24). From this point forward, “Israel” and “Judah” have parallel but separate histories in the Bible. Answer: D.