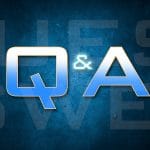 Q.   What does the Bible says about revenge? How should a righteous person respond when being abused?

A.   Yahshua the Messiah in Matthew 5:43-44 states, “Ye have heard that it hath been said, Thou shalt love thy neighbour, and hate thine enemy. But I say unto you, Love your enemies, bless them that curse you, do good to them that hate you, and pray for them which despitefully use you, and persecute you.”

Out of all the teachings we find in the New Testament, this is one of the hardest to follow. The last thing our human nature desires to do is to pray for those who mistreat and persecute us. However, as believers we are called to follow a different standard, one that reflects the Messiah.

However, this does not mean we place or leave ourselves in a situation that’s abusive. While we are not to hold grudges or animosity against those who have wronged us, there is no scriptural command to remain in that condition. Therefore, if we are being unjustly maltreated, we can take corrective action to alleviate that abuse.

For example, if we are being abused by our spouse, there is no scriptural mandate that requires us to remain in that relationship. In this case separation may be justified. However, in this specific instance, we must biblically remain unmarried or reconcile with our spouse, 1Corinthians 7:11. Marriage is for life and remarriage is not permissible as long as our spouse is alive, Romans 7:2-3. If someone is harassing you at work, the Bible allows a person to seek mitigation through management.

In summary, while there is no biblical requirement to stay in an abusive situation where we are being unjustly persecuted, we should not hold animosity or resentment, but must forgive by letting go of that anger. But again, this does not mean we cannot take corrective action to alleviate the abuse.

Can a man divorced and remarried qualify as a minister? Also, what if the divorce and remarriage occurred before baptism?

Paul in 1Timothy 3 and Titus 1 states that a minister (i.e., elder or deacon) must be a man of one wife. “A bishop [elder] then must be blameless, the husband of one wife…. Let the deacons be the husbands of one wife, ruling their children and their own houses well,” 1Timothy 3:2, 12.

While the meaning of the phrase “man of one wife” is debated, it is generally assumed to refer to a man married only once or to a man who has not been divorced and remarried. As we explain in the Restoration Study Bible, “This expression denotes a man that has been married but once or a man that is not divorced and remarried. The New Revised Standard Version reads, ‘married only once.’ The New English Biblesays faithful to his one wife. The Jerusalem Bible says he must have been married once. Moffatt reads, He must be married only once. Smith-Goodspeed says only once married. The Anchor Bible explains, ‘Literally a man of one woman (1Tim. 5:9 contains a mirror image of the expression.)’ It has also been historically noted that both remarriage and polygamy were practiced during the time of the Messiah. OT priests were also prohibited from marrying a divorced woman (Lev. 21:7). This is also a standard found for priests in the Millennium, the one-thousand year rule of Yahshua the Messiah (Ezek. 44:22),” note on 1Timothy 3:2. Since baptism only washes away sin and not previous marriages, it would not matter whether the divorce and remarriage occurred before or after baptism in regards to ordination. In both instances, a person divorced and remarried, whether before or after baptism, would be disqualified to serve as an ordained minister.

What is the law for a man who gets a divorce then marries a woman who has never been married? Then the couple finds Yahshua and are baptized together?

Even though the Bible is clear that marriage is for life (Romans 7:2-3) and that if we separate / divorce we are to either remain unmarried or reconcile the marriage (1Corinthians 7:10-11), it is not so clear regarding those who divorced and remarried not knowing the standard. In that case we do not believe couples should separate or divorce to make amends for their ignorance. Instead, from that point on they are to accept the standard and agree that divorce can never again be an option.

We base this on three passages. Acts 17:30 states that Yahweh winks at our ignorance; Paul in Romans 7:1 states that he was speaking to those who knew the law, and based on the fact the an elder and deacon could not be divorced and remarried – they had to be a man of one wife (1Timothy 3:2)  –  shows that there were divorced and remarried believers in the assembly at that time.

We encourage you to remain in your present state and realize that for you and your spouse divorce can never again be an option.

The issue in the sermon was, is this passage even legitimate in the first place? It is missing in many manuscripts. The Jamieson, Fausset, and Brown Commentary documents the many Greek and Aramaic manuscripts where this passage is missing, “It is wanting in the four oldest manuscript—the newly-discovered Codex Sinaiticus (‘Aleph (‘)), the Alexandrian Codex (A), the Codex Vaticanus (B), and the Codex Ephraemi Rescriptus (C) – and in four other valuable Uncial manuscript, although two of these have a blank space, as if something had been left out; it is wanting also in upwards of 50 Cursive manuscripts: of ancient versions, it is wanting in the venerable Peshito Syriac and its Philoxenian revision, in one and probably both the Egyptian versions—the Thebaic and Memphitic-the Gothic, probably the Armenian, and two or three copies of the Old Latin: several of the fathers take no notice of it—as Origen, Tertullian, Cyprian, Cyril, Chrysostom: it is wanting in the most ancient tables of the sectional contents of the Gospels, though afterward inserted as an additional section: the variations in the manuscript which insert it exceed in number and extent those in any other part of the New Testament: and of those manuscript which insert it, four Uncials and upwards of fifty Cursives have an asterisk or other critical mark attached to it, as subject to doubt or requiring investigation.

Is polygamy found in the Word? Yes. Is polygamy what Yahweh intended when He created a man and woman for marriage? No. Is polygamy how Yahweh defines a family? No. Did Yahweh give Adam more than one wife? No. Did he ever tell Adam he could have more later? No.

Genesis 2:24 defines marital boundaries: “Therefore shall a man leave his father and his mother, and shall cleave unto his wife: and they shall be one flesh.” Notice the singular “wife,” not “wives.” Yahweh never intended a man to have more than one wife.

What Yahweh may have allowed in the Old Testament (because of man’s hard heart) Yahshua raised the bar on in the New. Yahshua said even to look on a woman with lust is committing adultery, Matthew 5:28. How can lusting after another woman be adultery if additional wives are allowed?

The following passages are meaningless if Yahweh approves of polygamy:

• Matt. 19:9: “And I say unto you, Whoever shall put away his wife, except it be for fornication, and shall marry another, commits adultery…” In Yahweh’s eyes the man is still married to the woman. But the sin of adultery is irrelevant if polygamy is sanctioned.

• 1Tim. 3:12: “Let the deacons be the husbands of one wife, ruling their children and their own houses well.”

Elders and deacons set the standard of behavior for the whole assembly. A key to that standard is one wife, a truth the next reference reinforces.

• 1Tim. 3:2: “A bishop then must be blameless, the husband of one wife, vigilant, sober, of good behavior, given to hospitality, apt to teach.” The limit of one wife per man is Yahweh’s prerequisite for sacred office and anything less disqualifies a man from pastoral positions.

The word fornication is a blanket term for illicit sexual intercourse in all its various forms. Adultery is fornication in a married state (Cyclopedia of Biblical, Theological, and Ecclesiastical Literature). These are sins as defined in the seventh commandment (Ex. 20:14 and 1Cor. 6:18-20). Fornication comes from five separate words in the Bible, two from the Hebrew and three from the Greek (zanah, taznuwth, porneia, porneuo, ekporneuo). These words all share similar connotations. They can mean illicit sexual relations between two unmarried persons. They can also mean adultery, whoredom, or a spiritual act of unfaithfulness in worship of Yahweh, as Israel committed being the betrothed of Yahweh.

The first time the word fornication is used in the Old Testament is in 2Chronicles 21:11. It is from the Hebrew Zanah (No. 2181 in Strong’s Exhaustive Concordance Hebrew and Chaldee Dictionary) and usually refers to prostitution. It is also defined in Strong’s as to commit adultery (usually of the female, and less often of simple fornication, rarely of involuntary ravishment); zanah is used most frequently to signify spiritual prostitution or idolatry in worship.

The Complete Word Study Old Testament offers a more precise definition of fornication than Strong’s. It notes on p. 2312 in its Lexical Aid, “To fornicate, commit fornication, be a harlot, play the harlot, commit adultery; to apostatize, have intercourse with false g-ds or foreigners; to seduce. The main idea is to commit illicit sexual intercourse, particularly with women. However, this strong image is used in a figurative sense to describe illegal contact between Israel and other nations and their g-ds…”

*The second word translated fornication in the English is found once, in Ezekiel 16:29. It is the Hebrew taznuth (No. 8457) and means harlotry, idolatry.

*The third word translated fornication is the Greek porneia (No. 4202) and is first used in Matthew 5:32. It is defined in Strong’s as “from 4203; harlotry (incl. adultery and incest); fig. Idolatry: – fornication.” Porneia is used 32 times in the New Testament. The word fornication in Matthew 5:32 is often taken to denote an act of adultery, however an in-depth study will prove this understanding false, and confirm the true usage of this Greek word “porneia” in this particular passage, which is fornication, pre-material sex (RSB note). The Scriptures consider the betrothal or engagement period a virtual marriage (note that Joseph wanted to divorce Mary even though they were only betrothed, Matt. 1:19).

*The Greek porneuo is the fourth word translated fornication. It means to act the harlot and indulge in unlawful lust of either sex, or to practice idolatry.

*The fifth word translated fornication is the Greek ekporneuo and means to be utterly unchaste and implies excessive indulgence in illicit sex (Jude 7). It is porneuo on steroids.

In the fifth chapter of 1Corinthians Paul admonishes the Corinthian assembly to remove the sin that they were allowing in the assembly. One of the sins listed by the Apostle was a gentile committing “fornication” with his father’s wife. Now this is not what we consider fornication, but more accurately signifies incest with his stepmother.

In summation, fornication in either the Hebrew or Greek can have a wide range of definitions. It can mean literal fornication, adultery, harlotry, incest, pedophilia, bestiality, or any other sexual restriction that Yahweh has placed on mankind.