Joy to the World? – The Origins of Xmas

The stealthy Xmas season begins early with a few retail displays appearing in September, and then roars to a manic climax the third week of December. The holiday consumes Western society like a mountain forest fire. Even atheists are pulled enthusiastically into the gift-exchanging vortex.

If Xmas is the celebration of the Savior’s birth, what is Santa Claus doing as  master of ceremonies? What of the strange mix of the profane and the religious all gift-wrapped in one package? Was St. Nick present at the manger, along with Rudolf and Blitzen, holly and mistletoe?

Did the Apostles prepare for each December 25 by buying gifts for one another? Did those who followed Yahshua pass greeting cards to one another on December 25 and sing carols to Him amid falling snowflakes? Did first-century parents tell their children not to be naughty but nice for Santa’s sake, who could satisfy their coveting? 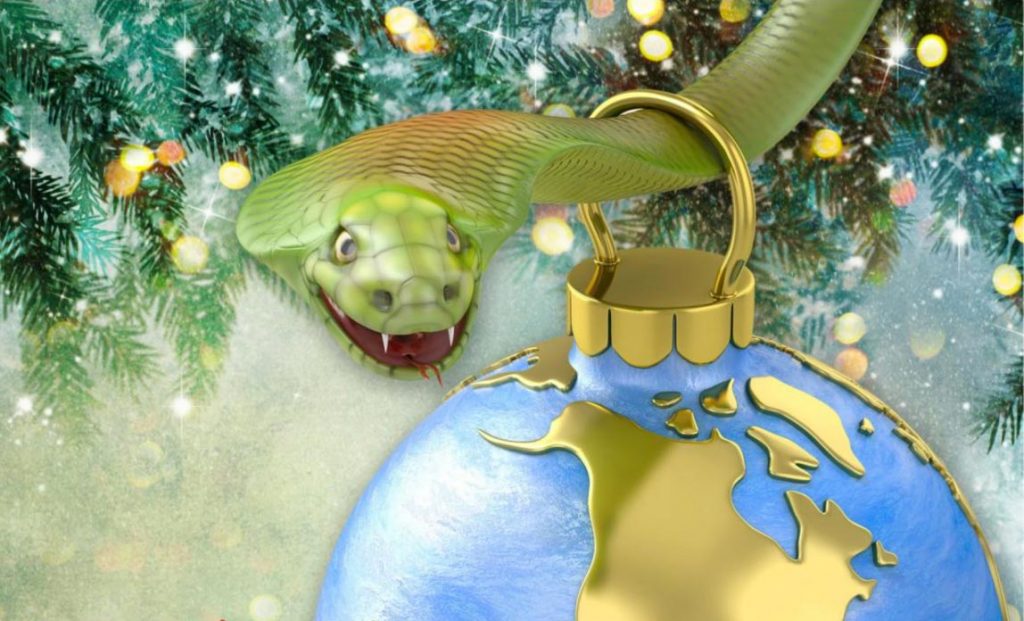 For all of these traditions and customs to have such allure they must be rooted somewhere in Scripture, right? Not so fast.

Many would be surprised to discover that the word “Christmas” is missing from Scripture.  Not a single passage tells us to observe the birthday of the Savior, either.

It is time to take an honest look at this celebration and ask the hard questions. In Jeremiah 10:2 we are admonished, “Learn not the way of the heathen.” Then in verses 3-5 the Father in heaven rebukes those who take trees from the forest and set them up as objects of veneration.

Your salvation hinges on whether you choose the truth of the Bible or go along with the world’s masses as they indulge in the deception of profane practices. Paul admonished, “Wherefore come out from among them and be separate, says Yahweh, and touch not the unclean thing and I will receive you,” 2Corinthians 6:17.

You may respond, “But how can I deprive the children of this holiday?” If there is no Creator in heaven, then it doesn’t matter. You can have as good a time as the Babylonians who worshiped nonexistent “gods” and who actually started the whole holiday under another name.

But if there is a Heavenly Father then you cannot do both – you cannot mix pagan practices with the holy. The Eternal Yahweh said, “Be not unequally yoked together with unbelievers: for what fellowship has righteousness with unrighteousness? and what communion has light with darkness?” 2Corinthians 6:14. You cannot fool yourself that you’re really observing Christmas because of the birth of Yahshua the Messiah.

The fact is, Christmas is firmly anchored in a winter solstice festival of ancient pagans, which we will see.

Cristes-masse was a Catholic mass that grew out of a feast day established in the year 1038. The Encyclopaedia Britannica, 1946 edition, candidly says, “Christmas was not among the earliest festivals of the church.”

For the first 300 years the religious writers are silent regarding the Christmas observance. An Armenian writer of the eleventh century states that a Christmas-like festival was first celebrated in Constantinople in 373. In Egypt the Western birthday festival was opposed during the early years of the fifth century, but was celebrated in Alexandria as early as 432.

In 1644 the English Puritans forbad any merriment or religious services by Act of Parliament on the grounds that Christmas was a heathen festival. They were so opposed to its observance that they ordered a fast on December 25.

But why didn’t the early converts celebrate Christmas? To answer that, we must go back to the great mother of pagan worship – Babylon. The founder of the Babylonish system was Nimrod, grandson of Ham, one of Noah’s three sons.

Genesis 10:9 says, “Nimrod was a mighty hunter before Yahweh.” The word before means “in defiance of.” Nimrod set up his own kingdom based on a man-ruled government and worship of himself.

An entirely pagan religious system grew out of worship of this “hero.” Gradually, through trade, influence of Babylon spread to other nations as they incorporated its government and religious system.

The universal mother and child theme, which has been passed down over the centuries through many different cultures and which remains strong today, had its start with the Babylonian Semiramis.

The husband of Semiramis was Nimrod, who built the wicked city Nineveh, while his father Cush was responsible for the tower of Babel in opposition to Yahweh (Alexander Hislop, The Two Babylons, p. 26).

When Nimrod died, Semiramis immediately proclaimed that her husband had become deified and was resurrected to life through Tammuz. According to The Encyclopedia of World Religions, Tammuz was the god of vegetation. Every year a festival was held at which his “death” and “resurrection” were celebrated.

To depict his resurrection, the Babylonians believed that an evergreen tree sprang out of a dead tree stump. The old stump, or yule log, symbolized the dead Nimrod, and the new evergreen was Nimrod resurrected in Tammuz (Babylon Mystery Religion, p. 152). Green holly, popular at Christmas, has long been a symbol of eternal life and it played an important role in portraying the rebirth of Nimrod, seen as the “Unconquerable Sun.”

Was Yahshua born on December 25?  Historians have long theorized that His birth was in the autumn and not in the dead of winter, as the sheep were still in the open fields.

“It was an ancient custom among Jews of those days to send out their sheep to the fields and deserts about the Passover (early spring), and bring them home at commencement of the first rain,” Adam Clarke Commentary, vol. 5, p. 370.

From the middle of November to the middle of April is the rainy season in the Mideast. Because of the cold, dampness, and sometimes snow, shepherds take their flocks into sheepfolds at night (Daily Life in the Time of Jesus, by Henri Daniel-Rops).

Ezra 10:9 speaks of those in Jerusalem sitting outside in early December and shivering in the freezing rain. Yahshua considered the severity of the winter in Judea when, in His prophecy of the end times (Matt. 24:20), said, “Pray that your flight be not in the winter…”

How, then, did December 25 become the birthday of the Messiah? Alexander Hislop explains: “Long before the fourth century, and long before the Christian era itself, a festival was celebrated among the heathen at that precise time of the year, in honor of the birth of the son of the Babylonian queen of heaven; and it may fairly be presumed that, in order to conciliate the heathen, and to swell the number of the nominal adherents of Christianity, the same festival was adopted by the Roman Church, giving it only the name of Christ” The Two Babylons, p. 93.

The Catholic Encyclopedia confirms the merger. “The well-known solar feast of Natalis Invicti [The Nativity of the Unconquered Sun] celebrated on 25 December, has a strong claim on the responsibility for our December date,” vol. 3, p. 727.

Recall that the Roman world was originally pagan, totally steeped in heathen customs and practices. They loved festivals and would organize a banquet at the slightest pretext. Chief among these was the Feast of Mithras, celebrating the deity’s birthday on December 25. Mithraism was merely a spinoff of the ancient Babylonian worship of Tammuz.

In Egypt it was believed that Osiris (Tammuz) was born on December 25. Often portrayed as brilliant as the sun, the deity Mithras was known as “The Invincible Sun,” or “The Sun of Righteousness.” Mithraism promised immortality to its faithful.

Further details on the relationship between December 25 and sun worship are brought to light in The Golden Bough (p. 416): “In the Julian Calendar the twenty-fifth of December was reckoned the winter solstice, and it was regarded as the Nativity of the sun, because the day begins to lengthen and the power of the sun to increase from that turning point of the year. Now Mithras was regularly identified by his worshipers with the Sun, the Unconquered Sun, as they called him; hence his nativity also fell on the twenty-fifth of December.”

The merger of Mithraic beliefs with the customs and traditions surrounding the birth of the Savior was largely because Mithraism was popular at the time of the Messiah’s birth.

“Between 1400 B.C.E. and 400 C.E., Persians, Indians, Romans, and Greeks worshiped Mithras. He was particularly important in the Roman Empire in the 2nd and 3rd centuries,” Encyclopedia of World Religions, p. 94. The pagan feast of the Saturnalia, which the Romans celebrated in honor of the deity Saturn from December 17 to 24, eventually encompassed the Feast of Mithras. Many of the practices of Christmas trace to the Saturnalia celebration.

How, then, did these rank, pagan festivals of sun worship become entwined with the worship of the Savior of men? The same way December 25 came to be accepted. The New Schaff Herzog Encyclopedia of Religious Knowledge explains:

“The pagan Saturnalia and Brumalia were too deeply entrenched in popular custom to be set aside by Christian influence. The recognition of Sunday (the day of Phoebus and Mithras as well as the L-rd’s Day) by the emperor Constantine as a legal holiday, along with the influence of Manicheism, which identified the Son of [Yahweh] with the physical sun, may have led Christians of the fourth century to feel the appropriateness of making the birthday of the Son of [Yahweh] coincide with that of the physical sun“The pagan festival with its riot and merrymaking was so popular that Christians were glad of an excuse to continue its celebration with little change in spirit or in manner. Christian preachers of the West and the Nearer East protested against the unseemly frivolity with which [Yahshua’s] birthday was celebrated, while Christians of Mesopotamia accused their Western brethren of idolatry and sun-worship for adopting as Christian this pagan festival.

“Yet the festival rapidly gained acceptance and became at last so firmly established that even the Protestant revolution of the sixteenth century was not able to dislodge it,” p. 48.

Merely to placate the heathen and bring them into the church, the pagan festival of Christmas was adopted. In other words, they could have both their cherished old Saturnalia as well as their new faith – merely cloaked in a different name!

But it took nearly 400 years before the church began to accept Christmas into its calendar. It wasn’t without objection and it wasn’t until the end of the fourth century that it was declared official, The Catholic Encyclopedia, vol. 3, p. 725. A great amount of confusion initially surrounded this merger of the Saturnalia with the nativity.

The people were confusing sun worship with worship of the Son of Yahweh.

But whether the masses adopted the celebration of Xmas or not, the fact remains that nowhere in the Bible is the command to observe the Savior’s birthday. The early converts would have nothing to do with it. In fact, His precise date of birth is obscured because Yahweh never intended His birth to be a cause for celebration.

Yahweh punished ancient Israel for becoming involved in heathen rituals (see 2Kings 17:9-23; Acts 7:39-43). He commands not to celebrate the Savior’s birth, but to remember Yahshua’s death at Passover,

Will your Heavenly Father look the other way if you indulge in the same kinds of false festivals that Israel was forbidden to keep?

Please take a moment to complete our short survey. We appreciate your time and value your feedback.

A FACTUAL CHRIST YAHSHUA’S BIRTHDAY POEM A simple birth event 2000 + years long, long ago…. Divided history into BC and AD that is before and after Christ for time to flow…. Christ’s birth introduced a new Gregorian calendar For us to count our days till his second coming and to be pure & as white as snow…. Christ was not born on Christmas Day….. For 2 Centuries after he was born, some human council decided to celebrate Christ’s birthday on 25th December the pagan Saturnalia Sun festival way The birth of the Pagan SUN was converted and made as… Read more »

Funny cause I thought it first said “be naughty and nice for Satan’s sake?” But it really isn’t funny. Maybe there’s a reason I misread that line in this article.